The Benefits of Illumination - "if it's LIT, it's LIVE!"

The LED illumination of the panic alarm dado rail is not just for decoration. As well as helping to identify the location of the activation area, there are other positive advantages with alarm strip illumination giving feedback to staff, visitors and security personnel:–

Subject to third-party compatibility, Safe-zone can be programmed for a variety of actions 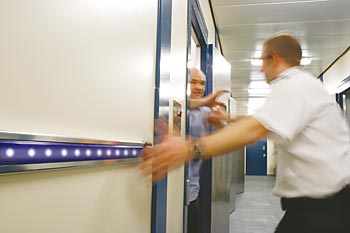